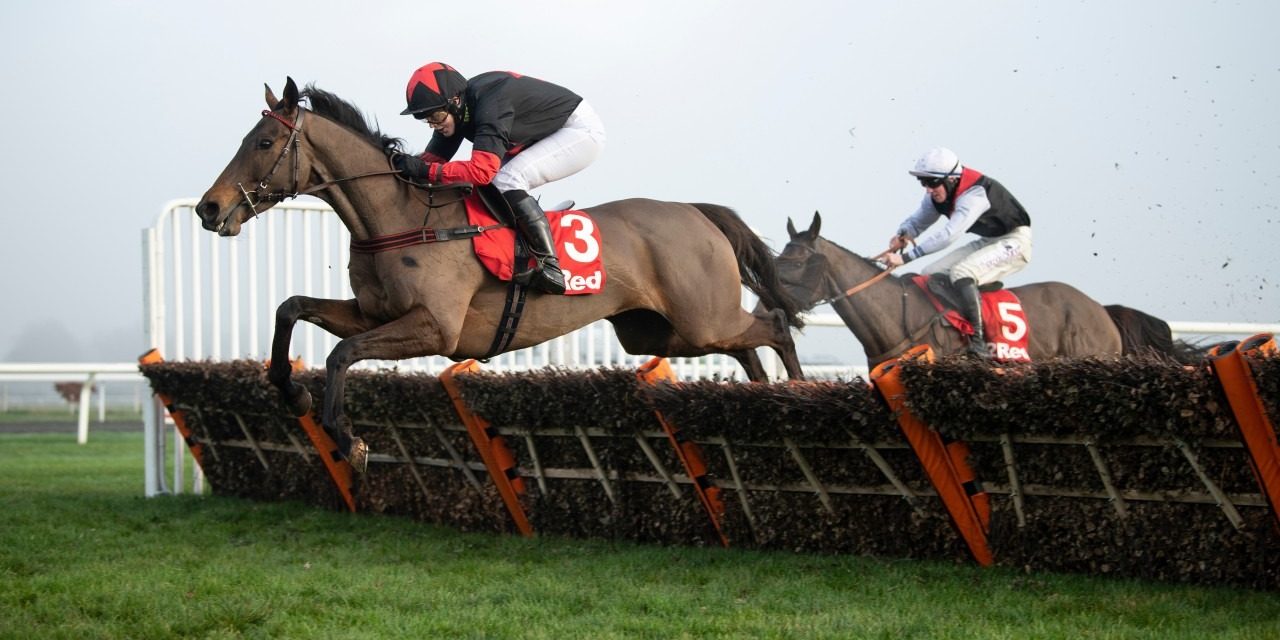 Culture de Sivola trained by Nick Williams took her place in the 1.55pm race at Kempton december the 27th. It is the 6th win in England since 2015. One of the member of Larkhills Racing Partnership II, the owner of the filly related us the race..Here it is below. Thank you Graham !
« What a race she ran!  We were a little concerned about the ground, as it had dried out somewhat and was good to soft/good in places.  At least she ran promisingly on quicker ground at Kempton in her previous race.
In the event, Culture de Sivola was handy for much of the race and, though she dropped towards the rear at one point, Lizzie Kelly, her jockey, never panicked.  Taking up the lead two out, Culture stayed on resolutely to repel the challenge of Molly Childers and won going away by 1.75 lengths. It was a success full of promise for the future, as she even idled in front. The race was televised on ITV4 and Lizzie gave an interesting interview to TV presenter Rishi Persad on the way back to the Winners Enclosure.
Provided Culture comes out of the race well, and remains fit and healthy, her next target is a race at Ascot on 19 January » 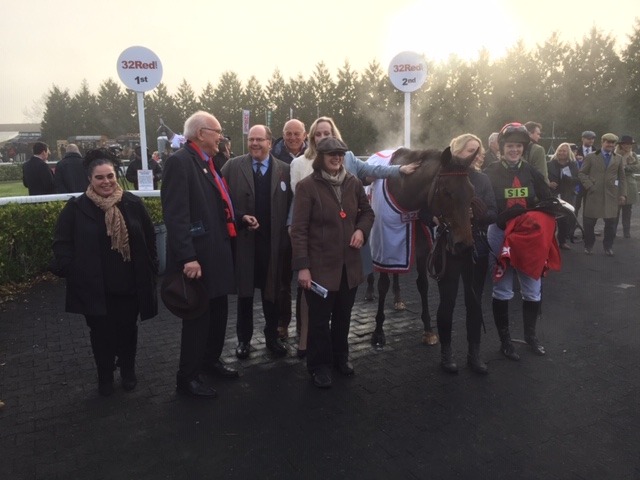 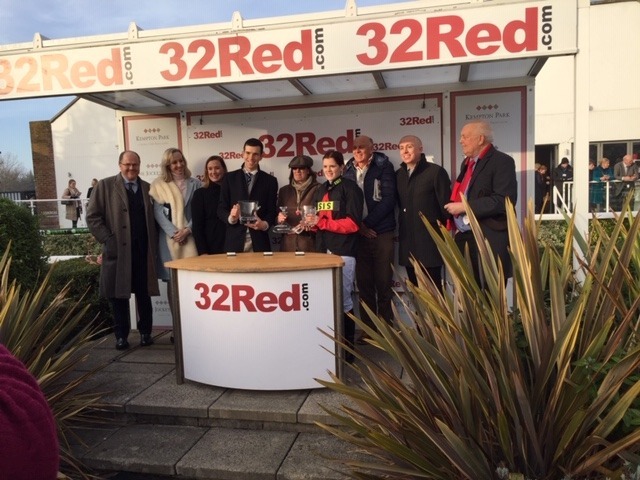 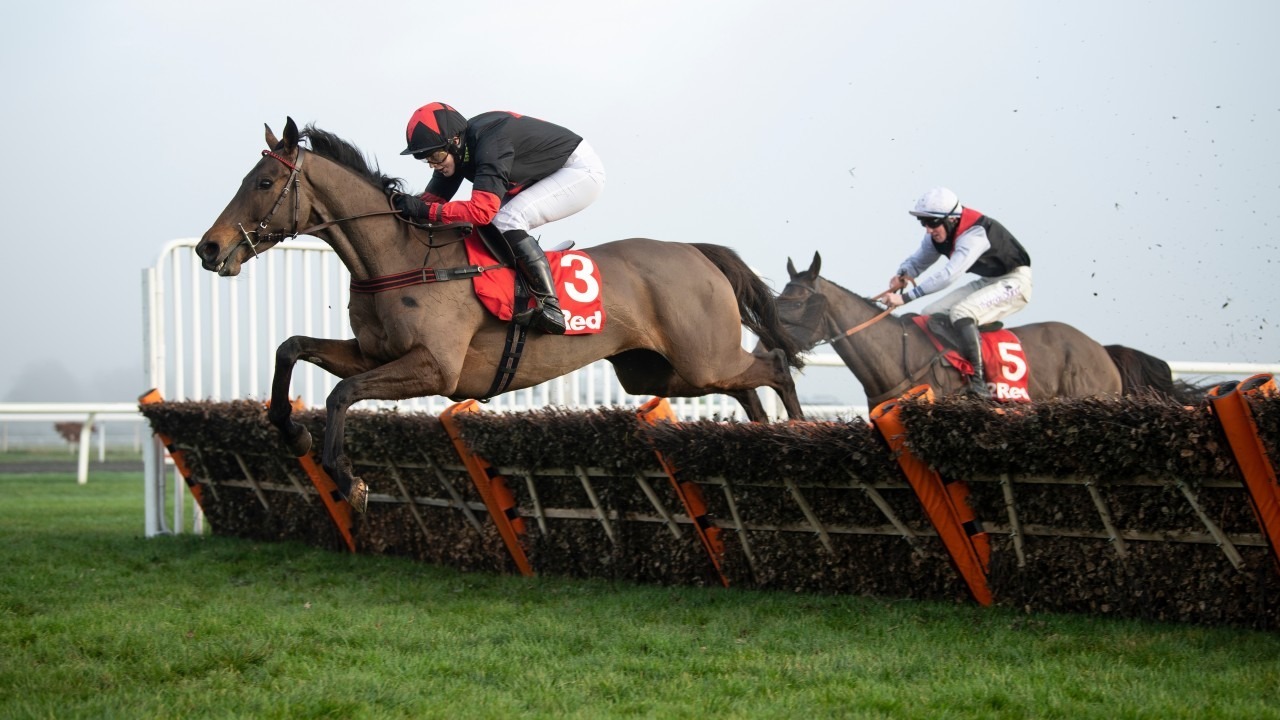 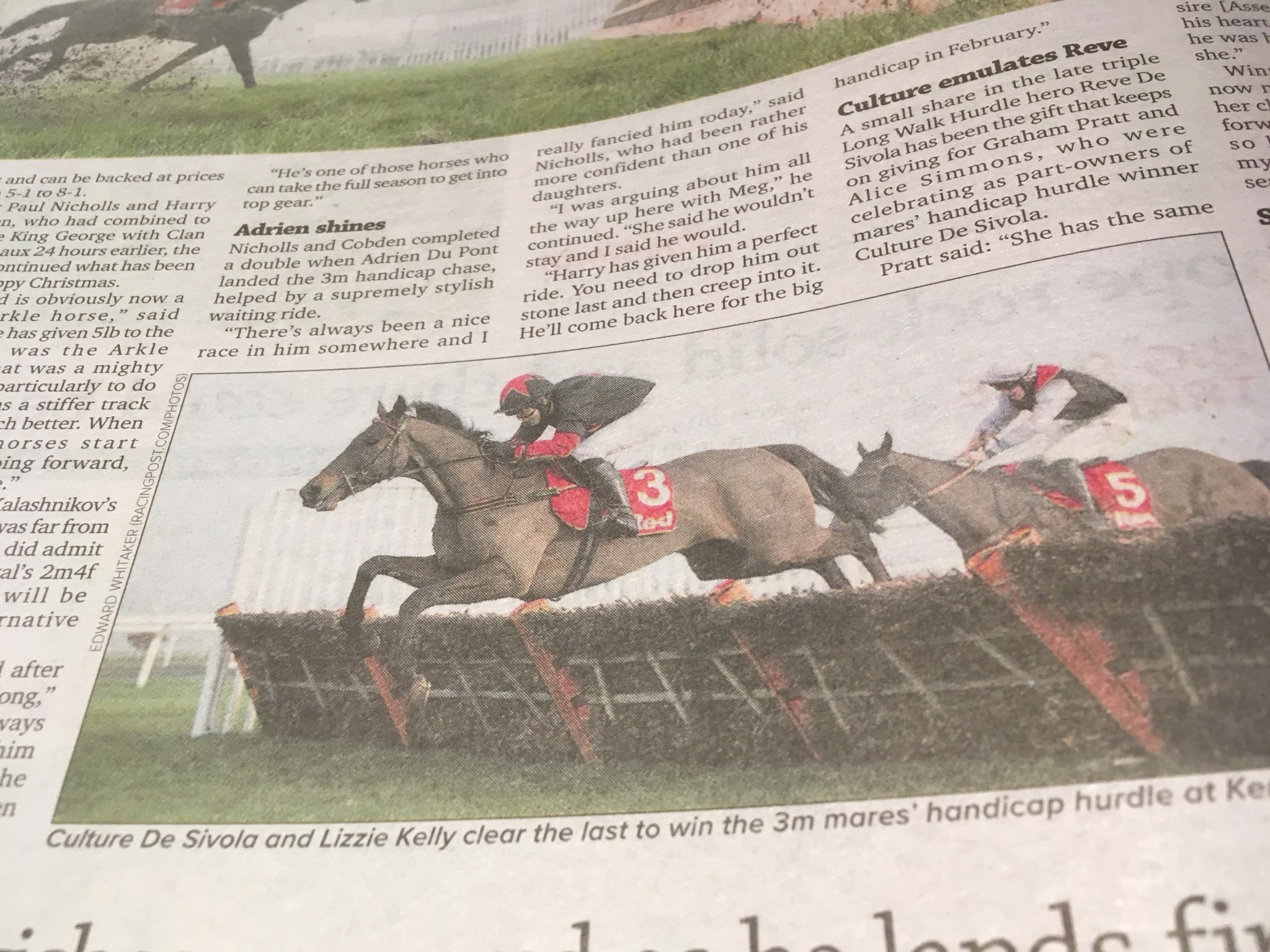 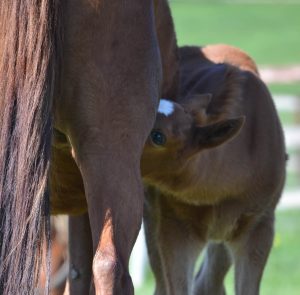